SerenDestiny #17: if You Don’t Quit the Comparisons; Comparisons Will Cause You to Quit 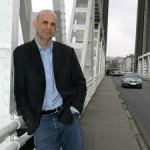 “No one has to fail so I can succeed.” – Harlan Coben

“No one has to fail so I can succeed.” – Harlan Coben

He said, “Here we are, former rivals, former clique members, former insecure high school kids who thought we had to get the better of one another to get ahead.

I wish we hadn’t wasted so much time and energy worrying and belittling and keeping score.

It has taken us 30 years to learn so simple a lesson: No one has to fail so that we can succeed.”

SerenDestineers are absolutely clear about this. Comparisons steal our time, energy and self esteem. They serve no good purpose.

Vow to put the time and energy you’d spend comparing into creating and contributing.

Every time you do, you transform envy into action and create a life that feels right and adds value.

Want one of my favorite examples?

A woman told me she decided to get into shape after attending a presentation I’d given. She joined a gym, bought work-out clothes and showed up for her first aerobics class.

She said, “I took one look at all those hard bodies leaping around in their leotards and wanted to turn tail and run.”

Then, I remembered what you said. “Instead of comparing; admire by thinking ‘Good for them’ or aspire by asking ‘How can I?’

“You said in your presentation, ‘If we don’t quit the comparisons; comparisons will cause us to quit.’

‘If we think we don’t measure up to other people, we feel ‘small’ and want to retreat or withdraw. We end up taking ourselves out of the game of life and feeling worse and worse and sprialing into defeat or depression.

‘You pointed out that other people’s strengths and talents don’t need to diminish our value. It’s not an either-or, zero-sum game where only one person gets to win.

‘So, I thought to myself, ‘Good for them. Good for them for being active and taking care of themselves.’

Then I asked, ‘How can I? How can I get in better shape? Well, not by heading home and inhaling a pint of Hagen Daas.’

‘That’s exactly the incentive I needed to walk in and take my place in class. And I’ve been going twice a week ever since.”

Are you comparing yourself to other people and coming up short?

I once saw a poster that said, “If you feel your life is like a see-saw; perhaps you’re depending on other people for your up’s and down’s.”

Next time you start to compare yourself to someone; stop and change that default. Choose to admire or aspire instead. It will inspire you to join the game of life which will move your life forward – for good.

This entry was posted in Life-work balance, Purposeful life, Career search, Self improvement, and tagged clique, comparing, competition, envy, Harlan Coben, insecure, jealousy, no one has to fail so I can succeed, quit the comparisons, Quite the comparisons or the comparisons will cause you to quit, rivals, self esteem, SerenDestiny. Bookmark the permalink.